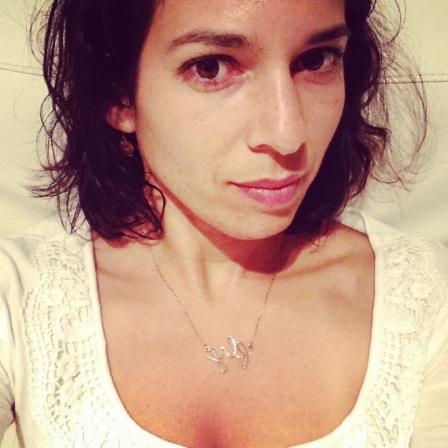 The hot topic on a breakfast show this week was teenagers posting selfies taken at funerals, pulling faces and stuff, at times with their dead grand-parents. A grey bobbed lady was outraged at the lack of respect, the other two presenters less so. Perhaps the grand-parents were not that nice or they weren’t that close, one suggested. Still, what about respect for those that were close to the deceased? What about general decency? It was obvious that Mrs Bob was having lots of ‘kids these days’ thoughts.

And of course she’s right in many ways, but also haven’t teenagers always lacked respect? Isn’t that the quality which defines this time in our lives. Selfishness? That feeling that everyone’s looking at you or no one is and all of this really matters and means so much. I’ll readily admit that I could be all the worst things about being a teenager and got away with a hell of a lot because Big Brother wasn’t around then. That’s the problem with teenagers these days – you can’t get away with behaving badly if it’s all being posted online.

Other breaking news that I just happened to catch as I was flicking between serious stations (obviously) – Justin Bieber being filmed graffitiing a wall in Brazil! The sad thing is that Justin Bieber probably posted the video himself – because what’s the point in doing graffiti if no one knows you did it? Isn’t that what tagging is all about? I can appreciate a nice spray-painted ‘piece’ but tagging, the act of inartistically scribbling your super-cool graffiti bad-boy’s name over any available neighbourhood wall, bus-stop, toilet door or bus seat – has always seemed like a pretty vain thing to do. Or what’s the point?

And before tagging there was carving your initials into tables and trees, monuments and temples … so it seems self-absorption and lack of respect has been with us since the beginning of time. God knows what the Egyptian kids were doing during the embalming and entombing! Those Egyptians were a bit more restricted as to what pics they posted.

In any case, I’ve always wondered why tourists on holiday think they have to be in every single photo with every single monument. This is not new. This is just not artistic. And when it is artistic, we’re pretty fucking happy that we’re so multi-talented. So what is exactly vanity?

vanity = excessive pride in or admiration of one’s own appearance or achievements.

(Let’s be honest, who doesn’t check themselves first in a group photo?)

Maybe vanity is irrelevant in the new world. If you look at the most popular pages on Instagram – people who are not regular celebrities but still have 500K followers – you will see that these people are pretty much constantly posting pictures of themselves, over and over. This is what the public want! It may look like an Andy Warhol Marilyn or Mao but is actually the opposite. By repeating the image in technicolour, Warhol stripped famous figures of their history and made them an image. Whereas these Instagrammers, who get over 10, 000 likes on a photo and were once just your average Jolene who bought an iPhone, are repeating their own image and in the process gaining celebrity and a story. Oh but a slice of life in 2013.

(I took a class at uni and have waited over ten years to say something intelligent about post-modernism. Hopefully, I’m not wrong and if I am, please be gentle)

(Ha! Vanity? I laugh in the face of Vanity!)

So the question is not how vain are you but rather how visible do you want to be? What’s stopping you from making a comment or posting a picture of yourself online? The chances are, the US government doesn’t give a flying F*** about it so let’s not pretend we’re being tracked. And there is nothing that you can do that will make you look vain because people are posting their pouts all day every day in so many states of dress and undress on Instagram. Alright?

I’ve gone off on this uncharacteristic rant and all I really wanted to say is that I’ve finished my week of daily blogging. Oops!

I was totally uninspired and just wanted to say what I’d learnt and then I went to sit at the mirror and this happened. So what I’ve learnt is that I shouldn’t give up my mirror-time, no matter how much of a vain procrastinator I appear to be – because that’s where I get my best ideas. There is nothing I know of as writer’s block – it’s just that there’s sometimes a bit of a wait between the planting of the seed and the words sprouting. The ingredients have been put in the bottle but it can’t be uncorked straight-away. Mirror-time speeds up the fermentation process.

Another thing I learnt is that if something seems scary we just have to do it and stop thinking and talking about it. Just do it. That was my whole point. Whatever you think you can’t do, start it today (if you want). A journey of a thousand miles begins with one step. So what is that first step? Alternatively, just do it for a week so you don’t have to commit to the full thousand. You could also end up feeling something.

And lastly, doing something over and over enabled me to let go of the outcome. I stopped caring so much about getting it perfect and cared more about getting to bed. It didn’t matter too much if it wasn’t that good or if y’all read it or not because I was going to write something else the next day (although I’ll be honest, I really really liked it if you liked it). When I write once a week and get not much response, I have to wait the whole week to find out if it was a once off or if I really am a total failure of a writer, my words fading into the abyss of insignificance as billions of selfies continue to be posted around the clock, each one garnering more accolades and attention than my three hours of writing did. So it was nice to let go of that.

My name's Mireille Parker and i love to write. I am here to peace for peace, to love for love and to share what I learn as I wander and wonder. View more posts